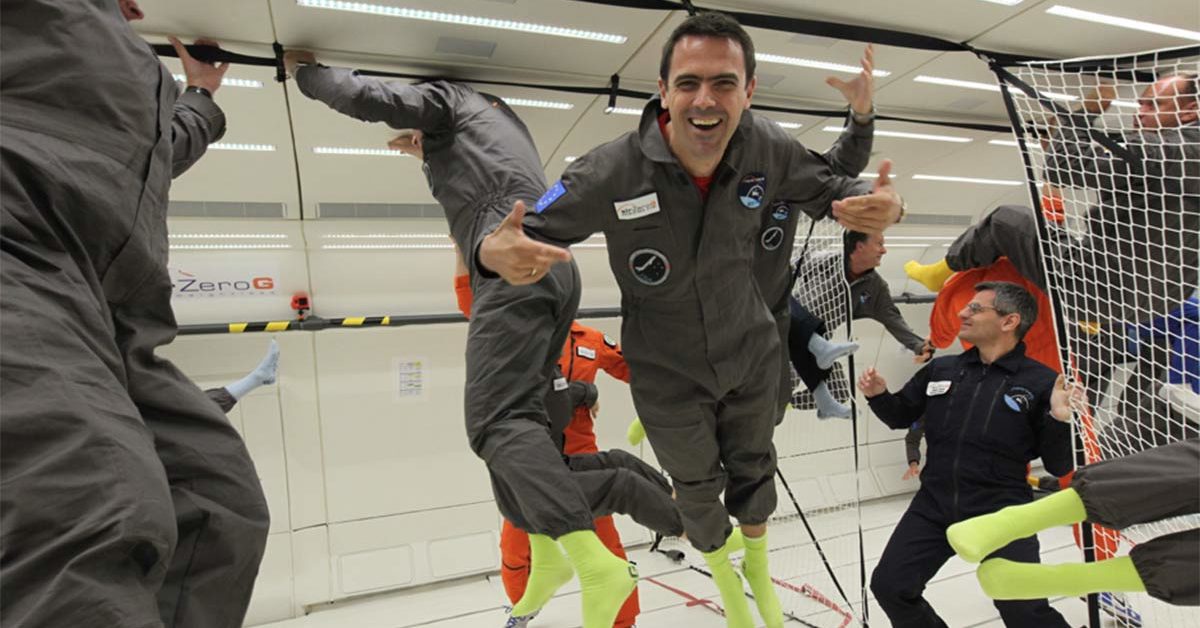 In June of 2018, I was offered the unique opportunity to participate in a training course for astronauts, which was to be capped off with a flight in zero gravity. My interest was originally sparked by a masterclass (masterclass.com) taught by Chris Hadfield, the first Canadian astronaut.

From the beginning of this class, I was hooked. I marveled at his stories and experiences and was enthralled by the vigor with which he threw himself into becoming an astronaut. He was incredibly fascinating to me from the first moment I heard him speak because he had achieved exactly what he set out to do in life; I find that to be admirable. Even if one’s aim is not to become an astronaut, it is thrilling to listen to those who have achieved their life’s goal.

The closest I could get to feeling like an astronaut, however, was by joining a Zero-G flight on an Airbus A310, which gave us a taste of zero gravity. Training commenced with a lengthy introduction and safety orientation, for which we were joined by Jean-Francois Clervoy (a French astronaut) and Claude Nicollier (the first Swiss astronaut – pictured below, on the right). Each participant also had to go through a lengthy medical checkup. 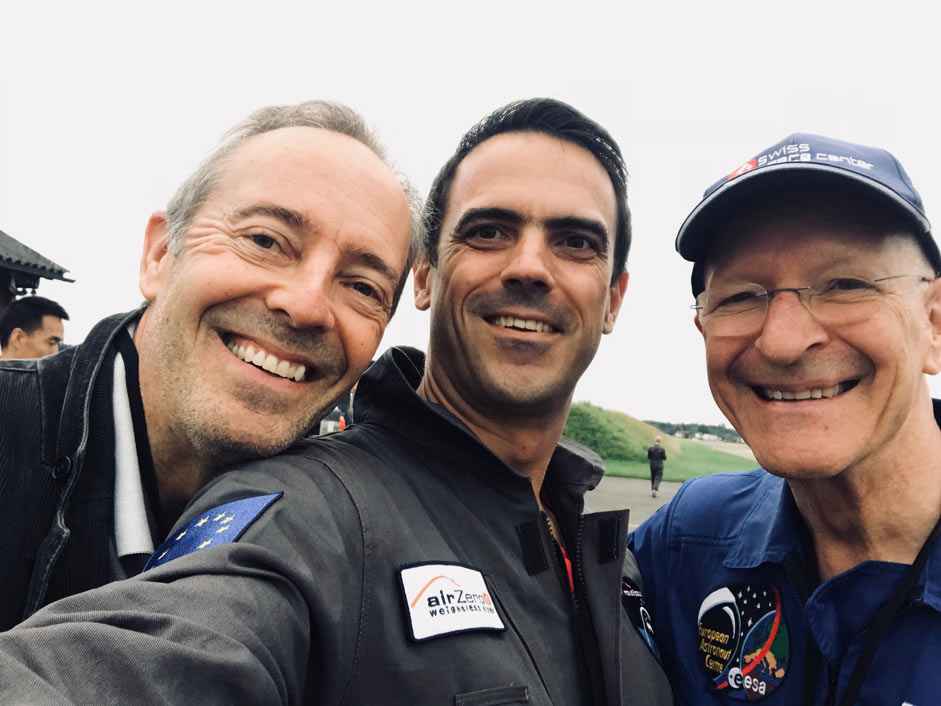 The wonderful team of NoveSpace and DoveSpace had organized this for over a year, so everything went smoothly.

The flights on the Airbus are always accompanied by scientists, who use this time to collect data for experiments. We, the participants, are usually adventurers or explorers and thus serve science in the regard that booking flights for pleasure help finance these scientific projects. When I learned that participants tend to fund up to 65% of similar experiments, I understood why the scientists were always so thankful to have us adventurers on board.

On-board my experiment were scientists from China, Israel, Switzerland, and one who even previously conducted experiments on the ISS. It was interesting to see what can be researched in just a few seconds of zero gravity; their apparatuses alone were incredibly captivating!

If you’re determined enough to experience micro-gravity and are able to gather 40 people, you can book your own flight for the costly amount of around 7000 Euros per person.

If you are curious about this, you would most likely ask yourself what kind of people participate in such an event. One would think people like space enthusiasts, future astronauts, and other similar people are interested – but you would be wrong. My group, for example, had the former director of Zurich Airport, a family from Asia, a 75-year-old, and several young athletes. It was certainly a mixture of people, but we all shared the same taste for adventure. 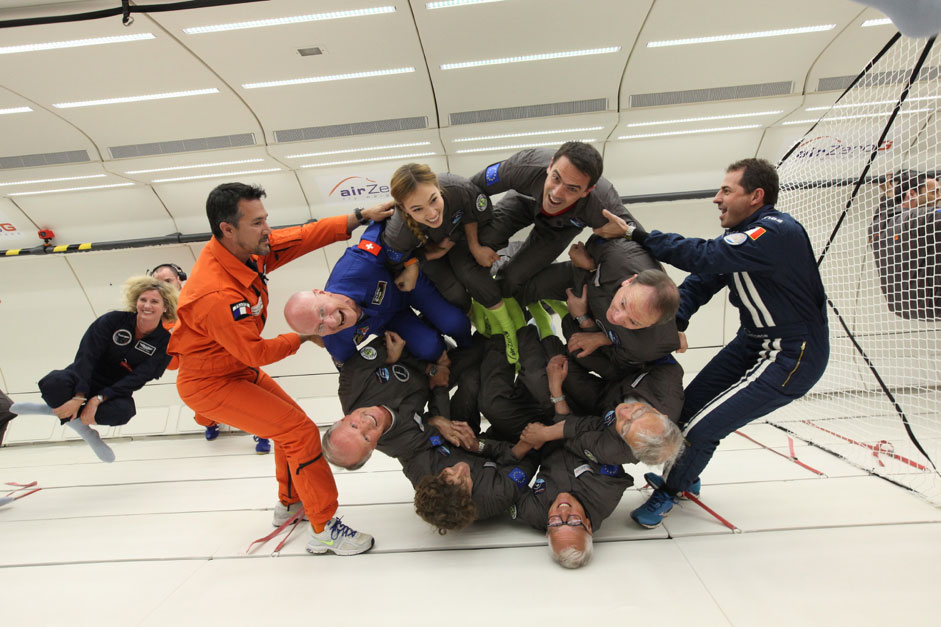 On the first day, we were handed our outfits and a selection of either pink or yellow socks. The suits were quite sizeable and did not fit quite right on some, but we were there for an adventure, not to participate in a beauty contest. We also had to iron on the mission patch ourselves, which created a good opportunity to talk to the other participants and get to know each other.

The big day started at eight in the morning. After a security check, we were given something to fight nausea, and although I am someone who has a pretty robust stomach (even during acrobatic flying), both astronauts strongly suggested I take the medication. They told me that, while they were used to a lot of strain, even their stomachs would react to the change between micro-gravity and 2G. I, therefore, decided to heed their advice.

In the beginning, it almost seemed like our start would be set back by one and a half hours. However, we were lucky enough to have the former director of Zurich Airport in our group and he immediately set out to solve this problem. Thanks to a couple of text messages, we were soon slotted to start our flight out over the Mediterranean.

When we had reached our designated spot between Italy and Corsica, we were set to embark on our adventure. To allow us to prepare and get into position, we were given a countdown. Ten seconds before we began the first loop, we felt the acceleration of the airplane. Then, the pilot pulled back on the controls, and we immediately felt the effects of 2Gs. We had already been told several times over that moving your head in such a moment will surely be followed by vomiting. Nevertheless, even though the experienced astronauts remained stock still, three of our group wanted to show off by chatting, joking around, and moving their heads. Soon after, they became better acquainted with the air sickness bags and had to move to the back and sit down. For them, the fun was over, just because they wanted to play up their toughness.

During the 2G phase, it was important for us to close our eyes, fixate on a point within our view, and stay still; this lasted for 20 seconds.

I was acquainted with G-forces by this point and still felt that 2 Gs made the blood rush out of my head after about ten seconds. I tried to stand two times during this phase, but each time it took too long to think clearly again.

Floating Through the Airplane

Five seconds before entering zero gravity, we heard the announcement “20, 50, Ignition!” Then, for two or three seconds, there was immense dizziness, during which it was best to close the eyes and count to five.

And just like that, we started floating through the airplane with everyone else.

During training, we were advised that it is dangerous to move about in an uncontrolled manner. It is difficult to swim through the air or accomplish anything with arm movements, so it is better to just float around. If we hit a wall, we could push off, but only very carefully. Otherwise, we would hit the opposite wall pretty roughly. Therefore, we just floated about, with the exception of a funny pose like sitting in midair or stretching out like Superman. It was all fun as long as we did not become too tense or try too hard to get anywhere. Float, relax, and enjoy the moment was my motto!

Floating like this is a unique event that is hard to describe without first-hand experience. For up to 25 seconds, you float about completely weightless, and every moment is incredible. It’s surreal having your feet on the floor one moment and then being in the air the next (with a period of dizziness in between). It is best to avoid alcohol the night before or smoking on the day of; if one partook, it would definitely be regretted. Also, as I witnessed on my flight, it is better to follow the instructions that are given out, instead of trying to play up how tough one is.

During the 14 parabolic flights, you have plenty of opportunities to try all possibilities, so you don’t have to hurry right from the beginning.

Shortly before the conclusion of the zero gravity, an announcement prompted us to try and hold onto something or lay back down on the ground before gravity slowly returned. Several of us pressed into the ground, and those who remained standing upright were immediately reminded to not move their heads and either close their eyes or fix their gaze on a singular point.

One unique aspect of our flight was that we were the first participants to also experience Moon and Mars gravity, which is about 30 to 40 percent of Earth’s gravity. We could easily do somersaults, pushups with one hand and clap three times in between them. That part looks particularly funny on video.

I have to thank the whole team for this experience. Everyone was very set on giving us a special experience and did so professionally and smoothly. I will definitely return for another go!

An insider tip: Zero-G flights are offered in the US and Russia as well. While the flights are most expensive in Europe, Russia only flies 10 instead of 14 parabolic loops and the US has smaller and older airplanes. 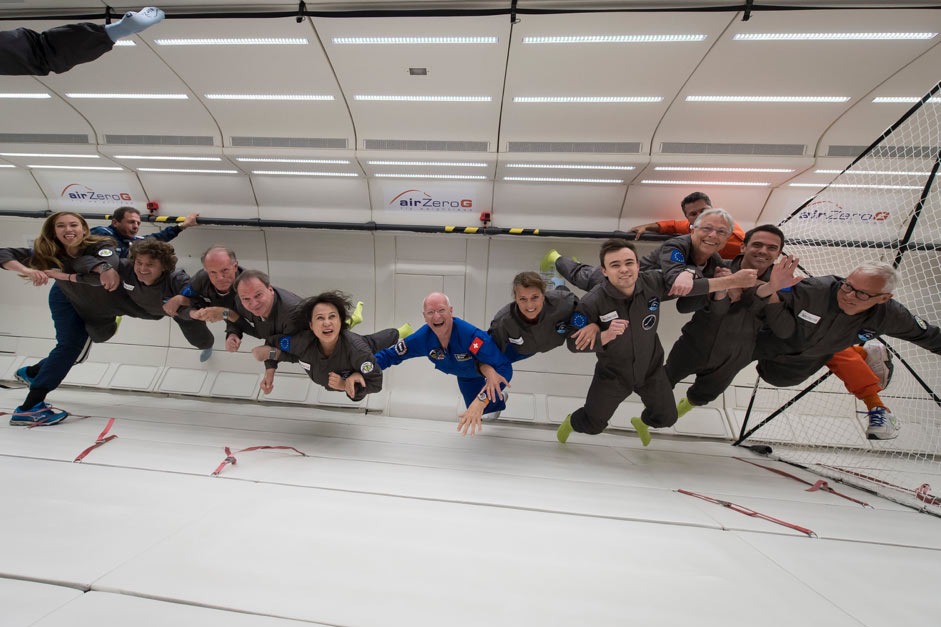 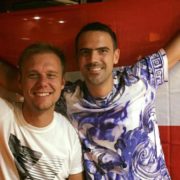 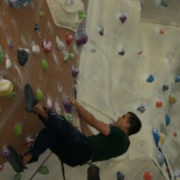 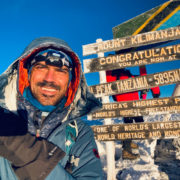 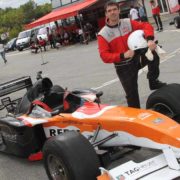 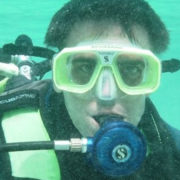 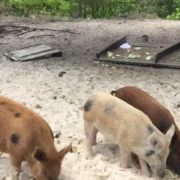 Abaco – Bahamas – swimming with the pigs