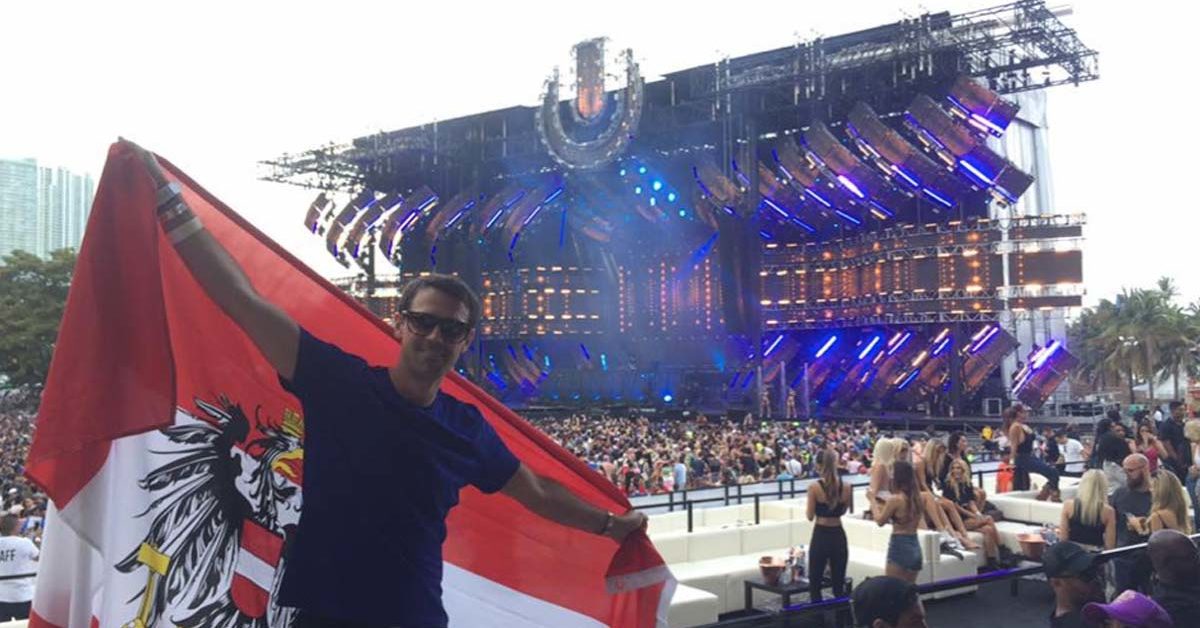 At the end of March every year, fans of electronic dance music (EDM) gather in Miami for the Ultra Music Festival. Being a huge fan of the genre, I have attended every year since my first time in 2014. When I first soaked in the atmosphere of this festival, I immediately loved it and the many sensational artists. Each year is a breath of fresh air after a long winter, especially since a comfortable 22 to 26 degrees Celsius is a nice contrast to Europe’s rather crisp temperatures.

Since there are a lot of music festivals in Europe, I find it necessary to explain why I take the long flight to Miami. The reason is simple: Miami is the epicenter of the EDM scene, and this festival is often the crowning conclusion of Miami’s Music Week. This means that all the big names, stars, and producers are there. During this spectacular festival, the DJ’s show off their progress from the long winter months. The Ultra Music Festival is the opening act of the season, merely an appetizer of what is to come later in the year. It is no wonder that the festival evolved into a true audience and thus money magnet over the past years. Here is a brief look at the rising attendance numbers (note that the first festival was held in 1999):

Why the Ultra Music Festival Miami?

My Trip to Miami

I usually arrive on the Wednesday before the festival, so I can spend some time reading up on the program and planning out my weekend. I also arrive a couple of days early because the time difference between Germany and Florida is six hours and jetlag could seriously dampen the experience.

Without fail, I book a room at the Intercontinental Hotel at Bayfront Park since this hotel is a fantastic starting point for the Ultra Music Festival and it has been held here since 2012. A lot of record labels have their own festivities during this time, and the clubs at Bayfront Park are always full of people. Going from club to club, it’s possible to party for fifteen hours straight each night. I particularly like how well organized everything is despite the over 100,000 people attending the festival, I spend very little time standing in line.

You don’t have to necessarily buy a VIP ticket. The VIP areas are pretty far off the main action anyway, and I would rather go to the front of the main stage. There, you can experience the best atmosphere. Enough money and the right contacts can get you a table that seats eight people for around 15,000 Euros. This definitely isn’t the cheapest option but might get you close to stars from the entertainment Industry or famous American athletes. Personally, I’m not in Miami to look for celebrities, but rather to enjoy the music.

The “Ultra Week” isn’t a sprint, but a marathon, as the party usually starts at 4 in the afternoon and ends around midnight at the earliest. Since it is one set after the other, you will barely have time to catch your breath. After eight hours, the driver is already waiting by the exit to bring you to one of the hottest clubs of Miami, where the most famous will continue partying into the early morning hours. It is completely normal to have a 12 to 16-hour long itinerary for all three days. However, drinking too much on the first day will probably leave you unable to get through the second day. It is best to load up on fruit and smoothies and skip the hard stuff altogether. It is also vitally important to get a good night’s (or morning’s!) sleep, but that will inevitably happen. After such intense partying, you’re bound to sleep like a log.

Music Week offers a lot more parties and events in Miami, so it definitely pays off to inform yourself and make concrete plans for the festival ahead of time.